When I first made cultured cashew cheese, I fell back on my cultured goat cheese ways and put the cashew cheese in a press. Since then, I've been making variations that are different in both flavour and shape. 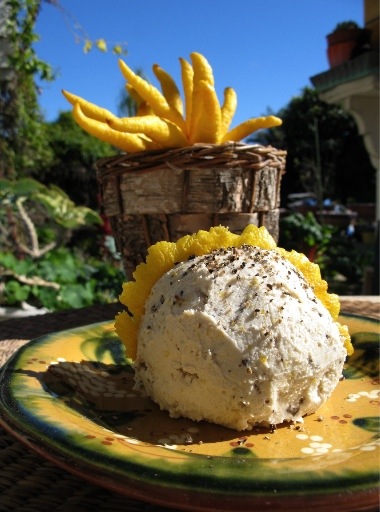 This is a lemon zest and cracked peppercorn cheese. The lemon zest and peppercorns were folded into the cheese and then it was formed into a ball, just by using thin spatulas. Because I was celebrating the return of the sun after a week of rain, I gave it a sun ray crown and brought out the citrus locally called "The Hand Of Buddha". 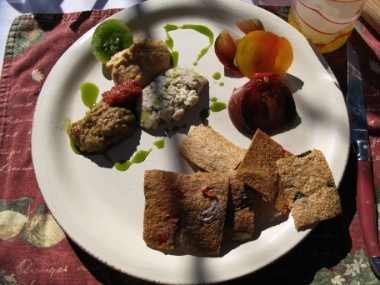 It was delicious with olive tapenade, hummus, salsa and tomatoes. I still have some of the basil oil that I made the other day. It is holding its colour nicely, and still fun to drizzle on the plate. 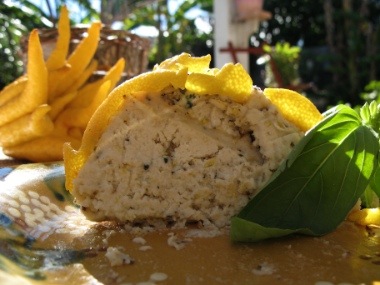 The second variation is a red pepper and chipotle pepper with smoked paprika and herbs. 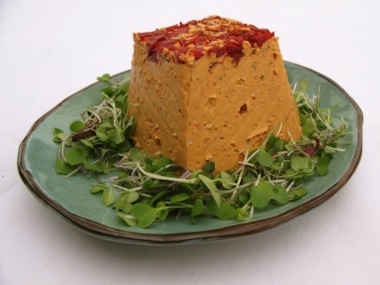 This shape is traditionally a goat cheese shape, but since I have the form I'm using it. I partially dehydrated the red pepper that I put on the top of the cheese (in the bottom of the mould). 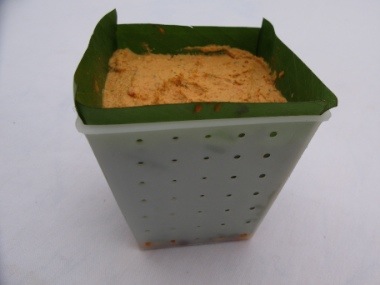 The next time I make this I'm going to partially dehydrate the red pepper that I add to the cheese as well, because the moisture in the red pepper makes the cheese softer than I would have liked. It still tastes and spreads well, but it was too soft to pick up the veins of the banana leaf in the mould. That would have been a nice touch.....next time..... 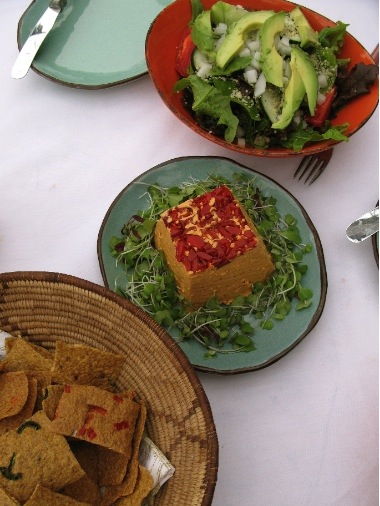 The piccante cheese was good pared with salad and the, by now, ubiquitous flax chips. Just before lunch, the sun slid under a cloud and as we were finishing, the rain began. Blessed rain! We need it.

So, there you have it: two kinds of pepper cheese, variations on a theme.

Posted by Silani Wahlgren at 2:58 PM