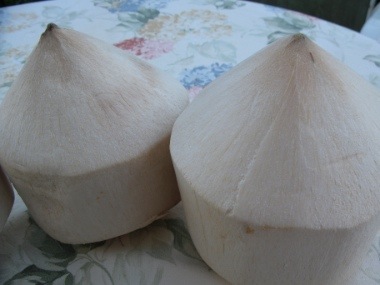 Young coconuts already have the green outer covering cut off when they arrive here.

I'm including photos of opening a young coconut, the way I do it, because I haven't seen anyone else do it this way. When I'm cooking I don't like to smash garlic or whack or saw open the coconut. I do it gently and quietly, even fairly tough, mature young coconut like these were. I'm not saying it's the best way, it's just the way I do it. 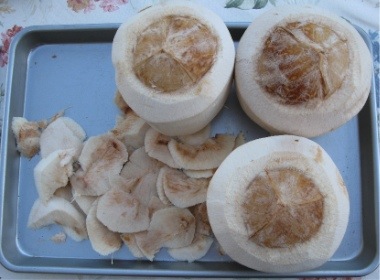 Trim off the tops of the coconut in a circular pattern until you come to the hard brown shell. Make the circle large enough to dig the coconut meat out. 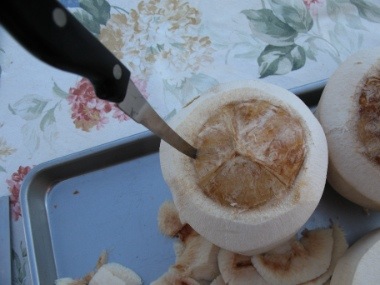 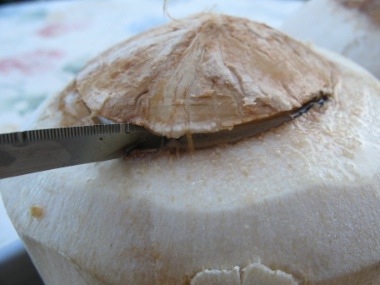 Some coconuts will begin to open along a circular path (I love this part) with just one tap hole, but coconuts with thicker meat will need more tap holes made until it opens. Remember to use an old knife. Sometimes they break, although I've only had one do that, a long time ago. 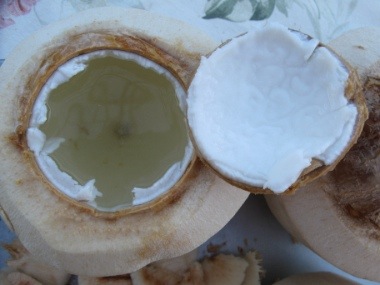 This is a healthy coconut. The juice is clear and the meat is white. If it is pink or purple, don't use it. Throw it away. Occasionally, on a very young coconut, the meat will be almost transparent, like jelly, and the brown skin of the shell will show through. This is fine and the very young meat is delicious. 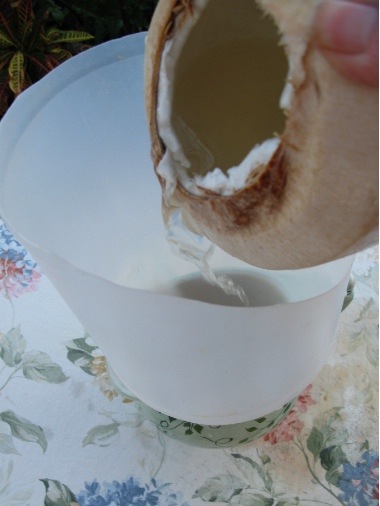 Pour out the juice. I've cut the bottom out of a gallon vinegar bottle, and cut on an angle, which I invert into a big gravy pitcher so that I don't loose a drop of the juice when pouring. 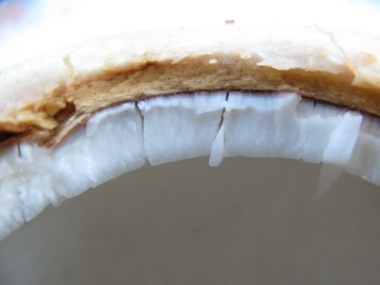 In this case, I want threads of coconut, like pasta, so I take a knife and cut through the meat all around the coconut to the bottom. 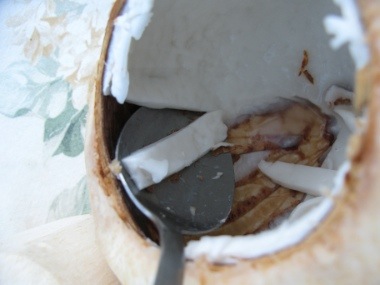 Then spoon out the rough cut pieces. 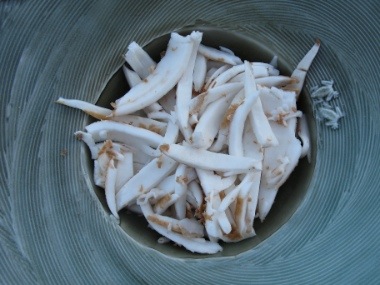 Some of the brown husk sticks to the coconut slices. 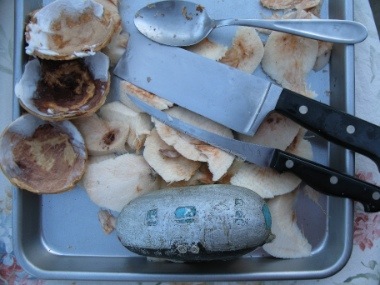 These are the tools I used for opening . Someone gave me the rock painted like an airstream trailer and it's the perfect tapping tool. I broke the end off the larger knife doing something else completely inappropriate, but now the square end is perfect for jobs like this. 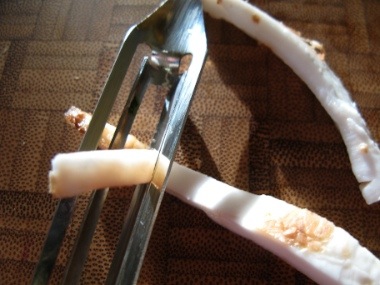 Use whatever implement you have to clean up the strands of coconut. 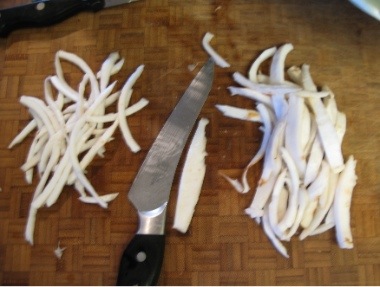 Then make the strands thinner and more elegant.
That's it. In future posts, cultured coconut pudding, coconut kefir and my version of Thai Miang Khum (little bites) will be discussed.

Posted by Silani Wahlgren at 8:21 PM